Cars with nice leather and heated steering wheels may have eliminated the need for driving gloves for the modern driver, but driving shoes certainly still have a place. I haven’t put much thought into driving shoes until recently, even though I have always been aware of them. Now, I’ve found a great driving shoe that you all need to check out. 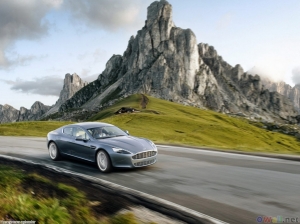 END_OF_DOCUMENT_TOKEN_TO_BE_REPLACED

After writing on mens swim wear, I decided to continue the trend of helping men look swell in summer wear. When it is warm us guys want to be comfortable, and we sometimes have limited options depending on the occasion, so here is a guide to help – The care and feeding of your summer style.

There arent many items in a man’s wardrobe that elicit as much debate as shorts do.I am going to give you some help on wearing them. Shorts are a modern addition to a man’s wardrobe and thus are still finding acceptance.  Although common everywhere in North America, they are not common in many other parts of the world,even where its hot.

pants. “Knickerbockers” were baggy pants that gathered below the knee, shorter, tighter-fitting trousers that ended at the knee were “knee pants”, and “short pants” sometimes meant knee-pants and sometimes meant shorter garments still. Outside of swimming trunks or boxer shorts most varieties were considered clothing for boys, both unofficially and as part of many school uniforms. Grown men didn’t start wearing shorts beyond a few extremely hot climates around the globe until after World War II.  Soldiers stationed in the tropics were issued short trousers both for comfort and to ration cloth, and this caught on when they came home. END_OF_DOCUMENT_TOKEN_TO_BE_REPLACED