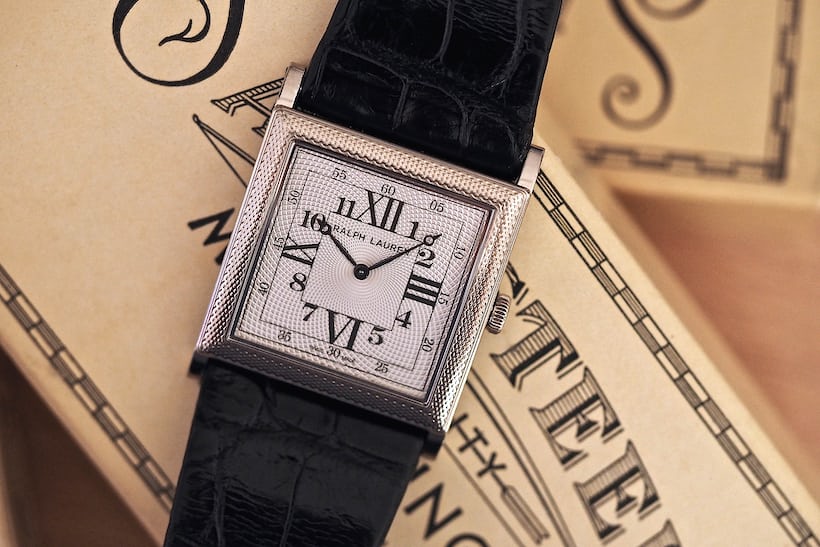 END_OF_DOCUMENT_TOKEN_TO_BE_REPLACED

A friend shared this with me recently, and I thought it was the perfect article for all my swell followers as well. This was originally written by ANTONIO CENTENO for Art of Manliness, I read it on business insider. Anyway, here are a few basics for how and when to tuck, enjoy!

Why talk about something so basic?

Is there really a need to teach men something most of us have been doing since we were 5?

Well, yes, actually. Just look around. How many men do you see sporting a billowy, unkempt-looking shirt?

Or what about that guy giving a presentation who unconsciously re-tucked his shirt three times during a 5-minute talk?

Most men probably have no system for tucking in their shirts. END_OF_DOCUMENT_TOKEN_TO_BE_REPLACED

Last week I got to open exciting box that I  had been waiting for, for some time. I few months ago I invested in a kickstarter project that seemed very swell. I also knew when I finally saw the piece, it would be blog worthy for sure. so here it is the eone Bradley.

END_OF_DOCUMENT_TOKEN_TO_BE_REPLACED

For a long time Cartier has been over looked as a serious watchmaker. Although they are a top tier jewelery design house (my personal favorite at that), and have been making fantastic watches since the wristwatch was created, for many years their name was far from the lips of those discussing haute horology. That is certainly changing as of late, Carole Forestier-Kaspi is leading the Cartier’s watchmaking department into a new era. Every year they have been coming up with new and innovative complications and creating modern, wearable watches with fine in-house calibres. The latest masterpiece is the Calibre de Cartier Diver, an ISO-certified dive watch powered by the in-house 1904 MC calibre. END_OF_DOCUMENT_TOKEN_TO_BE_REPLACED

We can’t really talk about how to look and dress swell with out addressing the basic foundation of clothing. Of course we all know that if you sweat wear an undershirt, going commando is for kids, and tightey-whiteys are way out, but there should be more thought put into your underwear than just grabbing a package of what is on sale at your local stuff-mart. END_OF_DOCUMENT_TOKEN_TO_BE_REPLACED

I am growing into a rather loyal Rolex fan. I do understand the stigma attached; the perceived pretentiousness by the uninitiated. I had felt this way at one time as well. That was until I owned one of my own, I now appreciate the brand for their longevity, history, technical feats, and overall quality and value. I do tend away from the instantly recognizable blingy “look at me” models in favor of the more understated pieces. After all I appreciate a Rolex for what it is, not what it means to everyone else who sees me wearing it. END_OF_DOCUMENT_TOKEN_TO_BE_REPLACED

I am a man who like jewelry. Of course I would, I am a gemologist, I run a jewelry store, and I blog about mens fashion and jewelry. Unfortunately there is a limit (contrary to what some men believe) to how much jewelry men can wear. I am not going to lie, there are some days I push that limit, but if you do it right and subtle you can get away with just a little extra. Here is where the french cuffed shirt comes in . Now that is sort of tongue in cheek, I don’t wear frenched cuffs just to wear extra jewelry, that’s a bonus.

END_OF_DOCUMENT_TOKEN_TO_BE_REPLACED

Ahh My favorite pattern, If Justin Timberlake can Bring Sexy Back, I can Bring Paisley back! Well it never actually left, it seems to be in a perpetual state of renaissance, as much of an oxymoron that may be. The Paisley pattern is one of the most enduring in textiles. Its name is derived from a town of the same name in central Scotland. Paisley (the town) was where a huge surge of textiles bearing the design were manufactured in the early 19th century, to meet the demand of the returning colonial soldiers who had seen it in the far east. It is English for a design of eastern origin. Resembling a twisted teardrop, the kidney-shaped the design is known as Boteh Jegheh and it has been used in Iran since the Sassanid Dynasty (AD 224 to AD 651).

Imports from the East India Company in the first half of the 17th century made paisley and other eastern patterns popular. It was thought to ward off evil demons. Paisley was also particularly popular during the sixties identified with psychedelic style and the interest in Indian culture promoted by the The Beatles trip to India in 1968. At that time Fender even made a pink paisley version of their Telecaster guitar, by using wallpaper on the guitar bodies.

Today you can find it in all sorts of great clothing and accessories for men and for women. It is so much more than just some design you once saw on your grandfathers handkerchief. contrary to what the uninitiated may think it is a very masculine design, representing strength and fertility. Although that thought never enters my mind when I wear it, I just like the look. A quite a few mens designers have incorporated it into ties, pocket squares, shirts and even jackets! And for women the options are endless.

A few designers have done a great job with this; Indochino has a nice assortment shirts, ties and accessories, and Bertigo offers some beautiful shirts with contrasting color cuffs, but one of my favorite conceptions of it is in the extra slim fit shirt from Express. It’s done in a black and white paisley pattern. Cut in a slim (athletic) fit and is 100 percent cotton, so it is comfortable and durable. The make it is a few patterns, and they are all great, and if you hit them during a sale (which seems like all the time) you can get a nice quality, great looking dress shirt for pretty little.

END_OF_DOCUMENT_TOKEN_TO_BE_REPLACED

Okay I admit it, I am a sucker. I love cross promotion, I fall for product placements, and believe brand ambassadors. There are literally hundreds of examples of great partnerships and cross promotions out there; The James Bond Omega, Breitling for Bently, and Ball for BMW. Product placement has been around since Thomas Edison and Moving Pictures, and Mad Men is a show that is built perfectly for and flawlessly executes good product placement. For seasons Five and Six, the “Mad Men” creators are going at the idea of cross promotion and going at it hard. I admit they have some great ideas and it has worked on me yet again. That’s why I am writing about it here; a two-part series on Mad Men Marketing.

I thought I would do a quick post and try out the WordPress app on my I phone. Since I write I style blog, what better to write about than my style today.

I am wearing one of my favorite shirts from express. It is a French-cuffed cotton shirt with a black and grey bulls-eye pattern. I love French cuffs because I love cuff links. Cuff links are a great way to show some personality subtlety in your wardrobe. With many themes and whimsical designs there is a cuff link for every swell guy.

Mrs. How to be Swell thought this shirt was too daring, but I think it looks swell. I matched with a pair of cuff links that I really like in solve with Onyx and a cool snake design surrounding it.

You will also notice my favorite watch to wear with this shirt is my vintage Heuer Carrera, I think the black and white dial with the perforated is the perfect compliment to this shirt. 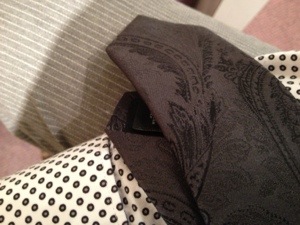 I finished it off with a charcoal paisley skinny tie, and grey pinstriped trousers with black belt and shoes.

It’s fun to dissect what your wearing in a given day, and why. Try some cool combos, and think about why you would put them together. Also tell me what you think of the “iPhone post”. So go have some fun and always look swell.

How to be Swell
Blog at WordPress.com.
Loading Comments...